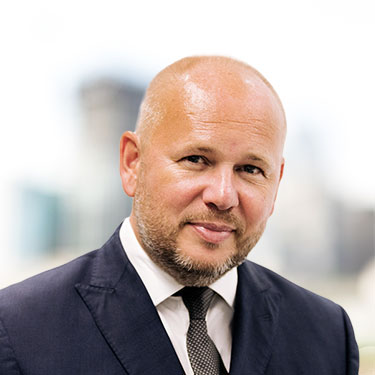 linkedin.com
Back to Our Team

Richard is the Executive Chairman for M7 Capital. He is responsible for the strategic direction of the company, capital raising and leads the real estate fund management function. In this capacity he also sits on the GP board and Investment Committees of all of M7’s funds in addition to numerous other M7’s JV boards.

Prior to co-founding M7 Real Estate in April 2009, Richard founded Halverton REIM LLP (subsequently GPT Halverton), a European real estate fund management business which was sold to The GPT Group (an Australian listed property trust) in July 2007. From 2005 to early 2009 Richard was CEO of GPT Halverton which at the time of sale employed circa 180 people across ten European offices and managed €2 billion of assets. Before his time at Halverton, Richard was International Investment Director of Property Fund Management PLC (now Valad), and was responsible for setting up their international infrastructure, including offices in Amsterdam, Paris, Berlin, Warsaw, Copenhagen and Madrid.

Richard has been involved in over €8 billion of transactions across the UK and Europe during his 26 years of real estate experience.

In addition to his duties at Tunstall and M7, Richard is a Non-Executive Director of IPSX (the International Property Securities Exchange). He is a member of the Global Real Estate Institute and a regular speaker at conferences across Europe covering  real estate and economic topics.

Richard is a supporter of several charities and foundations and is actively involved The Suffolk Community Foundation and Shout About Suffolk.